Species Associations in a Changing World

Species associations will change as the climate rises. So how can we attempt to predict these changes (Image Credit: Charles J Sharp, CC BY-SA 4.0, Image Cropped)

Statistical modelling is a crucial part of ecology. Being able to provide an (admittedly simplified) mathematical description of the relationship between species abundance, range or density and the surrounding environment is a huge help in taking proactive steps to manage an ecosystem, or predicting species numbers in other areas.

Historically models have used environmental variables to explain population or evolutionary developments in species. When modelling a single species, many ecologists have taken into account that the presence of other species (for example competitors or predators) may influence the presence of this single species. This has led to the rise of joint species distribution models (JSDMs), which take into account environmental variables, as well as the interactions between certain species. These models have become increasingly useful, and with environmental change now being the norm in many ecosystems, this week’s authors produced one such model that accounts for changes in species interactions in the face of changing environmental factors.

Our researchers generated two sets of simulated data, one (our null data) whereby species associations remained the same along an environmental gradient (in this case altitude), and one (our ‘true’ data) whereby the associations changed as altitude increased. They also tested one set of real data, looking at plant species along gradients of soil moisture and geomorphological disturbance.

The modelling part is naturally more complicated. Many JSDMs initially use environmental variables to account for the variation seen in the species parameter (let’s use presence or absence in this example). However all models are simplifications of what is really happening, and therefore not all variation is accounted for. This is called residual variation, and it’s this variation that we generally use to infer co-occurrence patterns. However this model further investigated residual variation to determine patterns in species associations over an environmental gradient.

Did You Know: Niches

When modelling species distributions, we often come up with a ‘niche’: a set of environmental conditions under which an organism can thrive, or at least survive. The problem with this niche is that it’s often not realistic, as though the niche may dictate that a species should be able able to survive in a certain region, stronger competitors may force it out, or it may be limited from accessing that region by environmental or human-made barriers. Thus, ecologists often use the terms fundamental niche, in which a species could theoretically survive given no competition or dispersal barriers, and the realized niche, in which the species is actually found.

By and large, the models successfully predicted the associations that were created in the simulated data. There were naturally a few false positives (species associations where there were none) and negatives (no shown association where there should have been), but the models reflected both the null and true quiet well, and almost always predicted species presence or absence better than models which did not account for species associations. It also concurred with much of the paper that first examined the real plant data; however, it disputed many of the associations that were initially found. 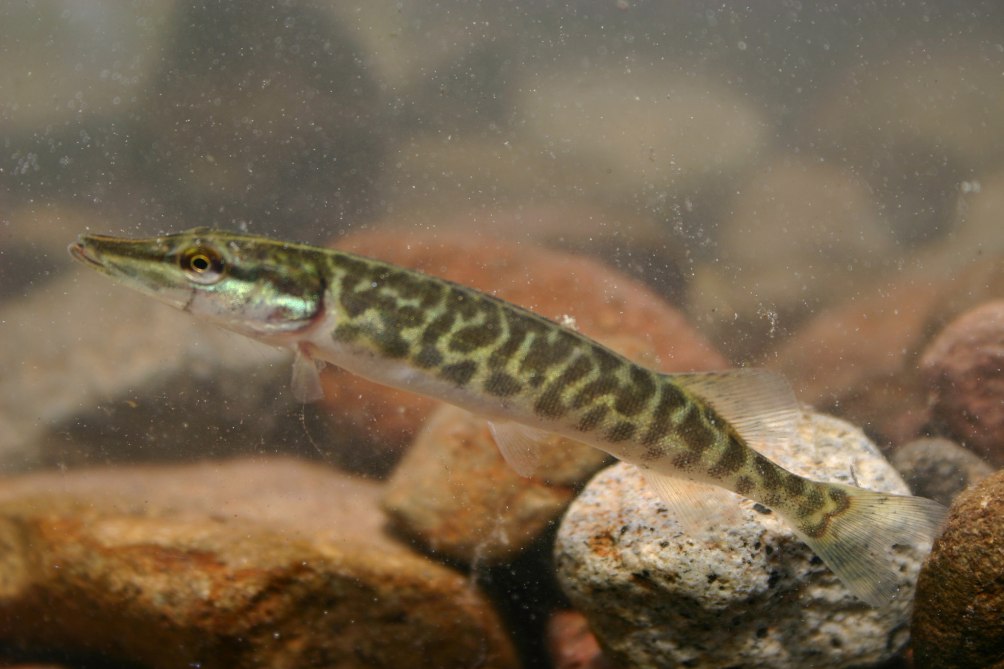 As temperatures rise in the sub-Arctic and Arctic, species like this Northern Pike will be able to outcompete fish species that are better adapted to colder waters, like the Brown Trout (Image Credit: California Department of Fish and Wildlife, CC BY 2.0)

Only those generally brought up with regard to JSDMs. One of the common complaints is that since environmental gradients cannot be accounted for, and there will always be chance variation, much of the residual correlation used to represent species associations is simply chance. Many JSDMs will also often show different results based on the use of certain statistical methods. However this is a relatively new field, and hopefully results will coalesce in the near future.

What Does it Mean?

There’s a big damn environmental change that we need to account for in models these days, and I won’t even say the name. Being able to predict how species associations will shift with as the climate grows warmer is hugely beneficial, as managers will be able to pinpoint areas where some species are likely to wipe others out and take action.