Victory May Not Guarantee Survival in Species Conflicts

Posted on November 20, 2018 by Sam Perrin Leave a comment

Spreading of the Australian yabby has led to decreases in other local species. But what happens when these species meet? (Image Credit: Daiju Azuma, CC BY-SA 2.5, Image Cropped)
Insight into invasion: Interactions between a critically endangered and invasive cray fish (2018) Lopez et al., Austral Ecology, doi:10.1111/aec.12654

When we talk about invasive species, often the first thing that pops into our minds are things like feral cats, wild pigs, vicious newcomers that wipe out species or transform vast areas. But often what we focus on less are species which arrive and simply outcompete the locals.

The yabby (Cherax destructor) is one such invader. An Australian species, it has been introduced to new waterways through the country and is now threatening other species, including the Falls Spiny Crayfish (Euastacus dharawalus) in eastern New South Wales, Australia. The introduction of the yabby has resulted in a decreasing habitat range for the crayfish, but what sort of mechanisms are causing this? This experiment aimed to document interactions between the two species.

10 crayfish and 12 yabbies were captured in the Fitzroy Falls area and brought back to a lab environment, where they were allowed to acclimatise to their new surroundings. To ensure that the individuals were individually matched size-wise, each was measured and then paired up with an individual of the opposite species of a similar size. One individual of each species was then placed at the opposite end of a clear tank, with a food source placed in the middle.

The researchers measured the number of aggressive and submissive behaviours undertaken, as well as the winners of the contests. Importantly, they also measured time spent visibly eating, to see whether victory in a confrontation actually meant the victor got more food.

Did You Know: Parasite Performance

The yabbies and crayfish used in this study were also immersed in a salt bath at the start of the study to rid themselves of any parasites. We’ve touched before on how parasites can affect performance before, and it’s not different here. If one species has a higher number of parasites, this could inaccurately skew the results. Having said that, if one species is more susceptible to parasites in the wild, this also could mean the results here give a misleading picture of species interactions in the wild.

What They Found Out

The results were somewhat surprising, with the native crayfish starting more fights and showing more aggressive behaviour over the course of the study. They also won more contests. However, AGAIN somewhat surprisingly, this did not translate to more resources, with the invasive yabby spending significantly more time eating. 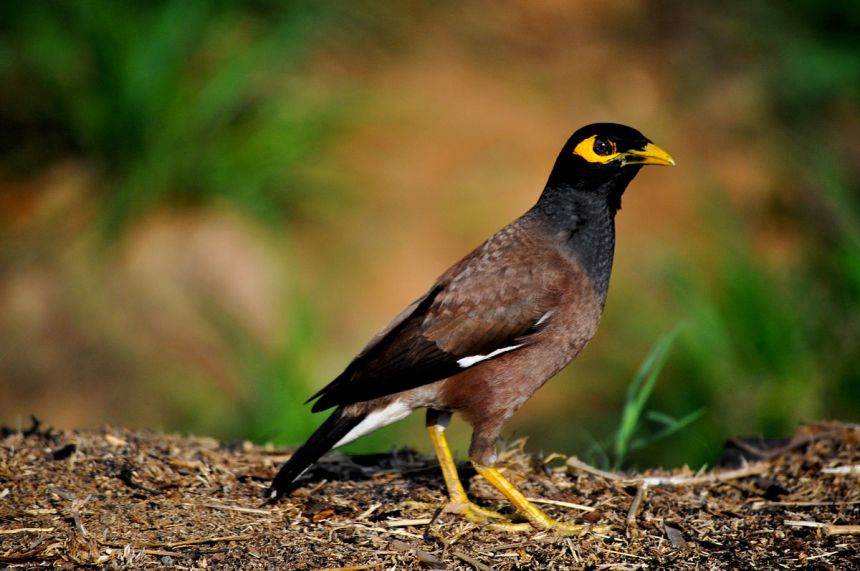 Aggressive species like the Indian Myna often outcompete other bird species. But this study shows that aggression is not always a deciding factor when it comes to beating your competition (Image Credit: T G Santosh, CC BY-SA 3.0)

There’s the usual, which is that this happened in a lab, and many factors (such as those mentioned in our Did You Know section) could lead these results to be a poor reflection of what happens in the wild. A separate experiment here also tested the species utilisation of shelters, another important resource, dominance of which could confer a significant advantage. However the shelter was ignored by both species.

This is one of those eye-opening studies that prove we need to be careful when making assumptions. In this case, dominant behaviour doesn’t necessarily lead to an advantage. Perhaps the energy exerted when defending territory is not equal to the resources gained. The disparity in life history could also be a factor here – whilst yabbies and crayfish were similar sizes, yabbies reach maturity much faster, meaning they would be dominant over the crayfish for long periods. Regardless, this is a great study which challenges many basic assumptions we make about species interactions – and shows that we can’t rely on these assumptions when we decide whether or not to allow an alien species into a new ecosystem.